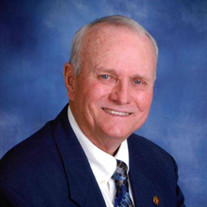 Wayne Scott Stastka, age 73 born June 12, 1948. He was a life long resident of Robertsdale, AL. Wayne went home to be with his Lord & Saviour September 11, 2021. He was preceded in death by his father, Jerry Joseph Stastka, mother Dorothy (Heidelberg) Stastka and his baby sister, Rose (Stastka) Covert. Wayne is survived by the love of his life, Geri Stastka of 40 years, two sons, Scott Davis Stastka and Robert "Robbie" Joseph (Emily) Stastka, and one precious granddaughter Dorothy Jane Stastka, his brothers Dennis (Joan) Stastka, Joey (Kathy) Stastka and numerous nieces & nephews. Wayne proudly served in a combat role as a U.S. Marine in Vietnam. Later, utilizing the GI Bill, he completed trade school study for diesel mechanics and followed that trade for most of his career. Wayne had a generous heart and touched many lives. Among the many he had a special relationship with the "Zambian Vocal Group" who referred to him as "Uncle Wayne" and became like family. He was blessed to go to Zambia and do construction work and the refurbishing of a school for underprivileged children. He loved to help out no matter who or what the need was. Not only did he love to fish, but he loved to fry fish for gatherings for family, church and friends. Wayne loved the outdoors from camping to hunting. He was known as Poppa to not only his granddaughter, but to many little ones over the years. He was a lifelong member of Bethel Baptist Church in Elsanor. He loved the Lord and is now walking with him today. There will be a memorial visitation Thursday, September 16th from 6:00-8:00 PM and a Celebration of Life Service Friday, September 17th at 10:00 AM. Both will be held at Bethel Baptist Church, Robertsdale, AL. In lieu of flowers, memorials can be made to Bethel Baptist Church "Building Fund" at P. O. Box 908, Robertsdale, AL 36567 or Women's Care Medical Center at P. O. Box 1610, Robertsdale, AL 36567.

Wayne Scott Stastka, age 73 born June 12, 1948. He was a life long resident of Robertsdale, AL. Wayne went home to be with his Lord & Saviour September 11, 2021. He was preceded in death by his father, Jerry Joseph Stastka, mother Dorothy... View Obituary & Service Information

The family of Mr. Wayne Scott Stastka created this Life Tributes page to make it easy to share your memories.