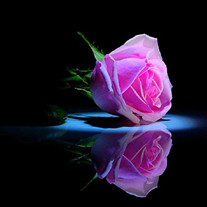 Twila Ryan Unsderfer, a native of Robertsdale, Alabama and a resident of Naples, Florida entered her heavenly home on the wings of angels to receive her many rewards on December 21, 2021. Twila was born to Jeanette and John Ryan (now deceased) on September 20, 1962. She grew up on a farm in the Elsanor Community where she enjoyed riding and taking care of her horses especially her favorite registered quarter-horse “Spirit” that she trained from a colt. Twila was a 1980 honor graduate of Robertsdale High School and later graduated from Troy State University where she majored in Business Administration. She started her own business while working from her home but also enjoyed other fulfilling jobs. Several of her college friends and co-workers from other places came to her memorial to pay their respects. Twila was a teacher at heart. The children always listened intently as she shared a story from the Scriptures while teaching Sunday School. Twila brought joy and sunshine wherever she went. She loved her family and community as well as everyone she came in contact with. Some of her talents were writing, composing, playing the piano or key board, and singing. After writing several songs she and Joshua traveled to Nashville and recorded them. She sang on the Praise and Worship teams at several different churches. Lately, she and Ray were making plans to return to Baldwin County and build a house on her inheritance on the family farm. Twila is survived by her husband, Ray Unsderfer of Naples, Florida, her son Joshua Bilon, his wife, Meggie and their children, Luke and Blaise Bilon of Mobile, Alabama, her mother, Jeanette Ryan of Robertsdale, Alabama and her two brothers Doyle Ryan (Maggie) of Daphne, Barry Ryan (Charlene) of Elsanor and their children and many friends and relatives near and far. Twila’s memorial service was held December 28, 2021 at Bethel Baptist Church in Elsanor with Bro. Harvey Earls officiating, Special music was rendered by Kathy Stastka and Twila’s recorded songs were played. She was laid to rest beside her father in Bethel’s Cemetery. Funeral Arrangements By: Mack Funeral Home, Robertsdale, Alabama

Twila Ryan Unsderfer, a native of Robertsdale, Alabama and a resident of Naples, Florida entered her heavenly home on the wings of angels to receive her many rewards on December 21, 2021. Twila was born to Jeanette and John Ryan (now deceased)... View Obituary & Service Information

The family of Twila Ryan Unsderfer created this Life Tributes page to make it easy to share your memories.

Twila Ryan Unsderfer, a native of Robertsdale, Alabama and a...