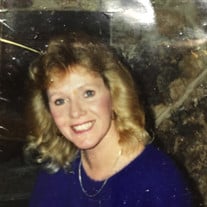 Susan Ellen Kaylor (nee Susan Slover), a native of Belford, New Jersey and a resident of Foley, Alabama passed away at home on Wednesday, June 14, 2017, surrounded by her children. Sue was born on Saturday, July 20, 1946 in Leonardo, New Jersey. She was the daughter of the late Daniel Isaac Slover and Helene Margaret Stewart. Sue will always be remembered for her kind heart, her loving smile, her words of encouragement during the toughest of times, her love of cats and the best of times in the backyard of her home on Summit Avenue in Belford, where she lived for over 50 years. The last years of her life were beset by Parkinson’s Disease but she found comfort and the best possible quality of life at home, thanks to Earl Kreiser. Sue was preceded in death by her brother, Daniel Slover Jr. She is survived by her three sons, Chris J. Anderson Jr. (Agnes) of Middletown, N.J.; Edward C. Anderson (Maureen) and Marc D. Anderson (Pamela), both of Foley, Ala.; and Crystal A. Kaylor of Red Bank, N.J.; seven grandchildren, Jack, Dean, Reilly and Ricky, all of Navarre, Fla.; James and Kaitlyn of Foley, Ala.; and Caden of Union Beach, N.J.; a sister, Helene O’Neal (Joe) of Galena, Missouri; a brother, Michael Slover of Leonardo, N.J.; and many loving friends and relatives. Funeral services will be held at a later date in July 2017 in New Jersey, with burial at Mount Olivet Cemetery in Middletown, N.J. Arrangements are by Mack Funeral Home and Crematory in Robertsdale, Ala. In lieu of flowers, the family requests that donations go toward finding a cure for Parkinson’s Disease, such as The Michael J. Fox Foundation for Parkinson’s Research at www.michaeljfox.org. Condolences may be offered at www.mackfuneral.com.

Susan Ellen Kaylor (nee Susan Slover), a native of Belford, New Jersey and a resident of Foley, Alabama passed away at home on Wednesday, June 14, 2017, surrounded by her children. Sue was born on Saturday, July 20, 1946 in Leonardo, New Jersey.... View Obituary & Service Information

The family of Ms. Susan Ellen Kaylor created this Life Tributes page to make it easy to share your memories.