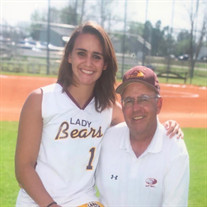 Steven Lee Shartzer, known to most as "Coach Shartzer," died suddenly Thursday, September 17th, 2020 at Thomas Hospital in Fairhope. Born and raised in Macon, Illinois, Shartzer was a life-long Macon "Ironman." A standout athlete, he earned a baseball scholarship to the University of Southern Illinois where he played until he was the fifth person drafted by the St. Louis Cardinals in the 1975 MLB Draft. He played in the Cardinals organization for 3 years before leaving baseball to become a successful entrepreneur. In 1982, the love of the game called him back, and he was named the head baseball coach at Huntingdon College in Montgomery, Alabama, where he led the team to its first College World Series appearance. Shartzer was tapped by Berry College in Rome, Georgia, to lead the revival of the Vikings Baseball program. He led the program for 6 years before being named Athletic Director. Ultimately, fate brought Shartzer to Baldwin County where he was a teacher (CBMS and RHS) and head softball coach at Robertsdale High School until his retirement in 2014. He will be remembered for his devotion to his daughter Anna and granddaughter Emmy, his love of competition, his remarkable story-telling ability, and his sharp wit. He is survived by one daughter, Anna Shartzer Hunt (Keith), a granddaughter, Emory George Hunt, one sister, Patricia Shartzer Egizii (Jim), and niece and two nephews Kelly Piche (Chris) and Mark England (Megan) and Kory Rousch. His life and legacy will be remembered by the countless lives he impacted as a teacher and coach. In lieu of flowers, donations in Coach Shartzer’s name may be made to The Haven Animal Shelter in Fairhope, Alabama. A memorial service will be held Sunday, September 27, 2020 at 2:00 p.m. at St. Andrews by the Sea, 17263 Fort Morgan Road Gulf Shores, AL 36543.

The family of Mr. Steven Lee Shartzer created this Life Tributes page to make it easy to share your memories.