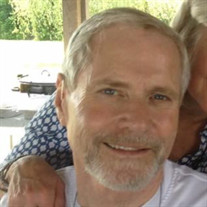 BAY MINETTE — Richard Henry "Rick" Brannan, 66, of Bay Minette, died Wednesday, August 29, 2018. He died after an extended illness at Spring Hill Medical Center surrounded by his loved ones. Born in Montgomery, Alabama, January 31, 1952, he was the son of Olin Hiram Brannan and Jewel Eudora Fleetwood. He spent the majority of his childhood in Chattahoochee and Quincy, Florida, where he made many fond memories playing football, raising hogs, and working in the tobacco fields. He graduated from Wilcox County High School in Camden, Alabama, and West Georgia College in Carrollton, Georgia, with a degree in Business. While in Camden, he met Alyce Adeana "Deana" Booth, of Clearwater, Florida, who was teaching high school there. He and Deana were married August 18, 1973, and recently celebrated their 45th wedding anniversary. Together, they dedicated their lives to serving the churches of Christ wherever they lived; Mr. Brannan served in whatever capacity he was needed, from teacher to deacon to elder to cradle roll helper. He also volunteered with the Ronald McDonald House in Mobile. His joy was raising their beloved daughters, Leigh and Hilary, and spoiling and spending time with his grandchildren. Mr. Brannan began his career with the U.S. Army Corps of Engineers in 1973 where he served for 41 years in hydropower. He culminated his career as Project Manager at Carters Power Project in Chatsworth, Georgia, and retired in April of 2015. Being outdoors and driving his Corvette were some of his favorite things to do in his spare time. Mr. Brannan was preceded in death by his mother and father; his father-in-law, Willis D. Booth; and his brother, Larry Olin Brannan. He is survived by his wife, Deana, his mother-in-law, Mary Frances Booth, and his daughters, Leigh Bius (Joel) of Montgomery, and Hilary Gresham (Justin) of Loxley, and grandchildren Jake, Brooks, Mary Jewel, and John Henry Bius of Montgomery, and Juliet, Davis, and Tess Gresham of Loxley; siblings Kathy Blackwell (Jan) of Gallatin, Tennessee, and Kenny Ray Brannan (Ann) of Cumming, Georgia; sisters-in-law Diane Booth of Clearwater, Florida, and Becky Roe of Gainesville, Georgia, Donna Brannan of Huntsville, Alabama as well as many nieces, nephews, and cousins. Visitation will be at 1:00 p m. with funeral service following at 2 p.m. on Saturday, Sep. 1, at Mack Funeral Home in Robertsdale, Alabama; burial will follow at Silverhill Cemetery. In lieu of flowers, memorials may be made to the Churches of Christ Disaster Relief Fund at disasterreliefeffort.org or P.O. Box 11180, Nashville, Tennessee 37222. Condolences to the family may be posted online

The family of Mr. Richard H. "Rick" Brannan created this Life Tributes page to make it easy to share your memories.