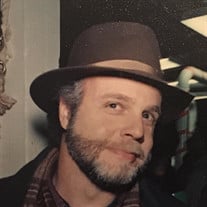 Michael Patrick Spellman, a native of Birmingham, Alabama and long time resident of Orange Beach, Alabama; passed away February 5, at the age of 67. Mike was preceded in death by his parents Stephen “Whit” Whitney and Estelle Spellman and Father-in-Law Vernon C. Blythe. He is survived by his wife of 46 Years Deborah Blythe Spellman, eldest son Charles Whitney “Whit” Spellman, (Leigh-Anne), grandchildren Whitney Carlene, and Michael Thomas of Gulf Shores, and son Michael Blythe Spellman (Robert) of Seattle WA., Mother-in-Law Edna Watkins Blythe, and brother Stephen Spellman (Angela) also of Orange Beach/Gulf Shores, and sister Gayle Eason (John) of Crossville, AL. After losing his father at an early age, Mike attended Catholic and military schools in his youth while visiting family in Michigan. He had many fond memories of his Uncles, particularly his Uncle John and his dogs. His senior year of high school he attended Mountain Brook High School in Birmingham where he would meet the love of his life, and went on to graduate from the University of Alabama at Birmingham. He had a long and distinguished career in the cardio-pulmonary field, culminating in the recognition as one of the best in the country. His career covered many companies and ventures, most notably with GE and Siemens. His career took him from Hamilton, AL to Stockholm, Sweden as well as almost every destination in between. Mike built a rich network of lifelong friends everywhere he went; from the late night boat rides on lake Tuscaloosa with Dane and Laurie to morning coffee with his brother Steve and neighbor David. Every life he touched became a little brighter. His honesty, courage and steadfastness mixed with limitless compassion forged relationships seen more as family bonds than friendships. Michael was a member of Our Lady of the Gulf Catholic Church, Gulf Shores. A celebration of his life will be held on Thursday, February 8, 2018 at Our Lady of the Gulf Catholic Church, the family will be receiving friends beginning at 1:00 pm with services beginning at 2:00 pm. Michael was a devoted husband, revered father and grandfather, and will be greatly missed by his family and large circle of friends. The family requests that Flowers and Donations be sent to Our lady of the Gulf Catholic Church, Gulf Shores AL. and sign the registry online at Mack’s Funeral home and Crematorium.

Michael Patrick Spellman, a native of Birmingham, Alabama and long time resident of Orange Beach, Alabama; passed away February 5, at the age of 67. Mike was preceded in death by his parents Stephen &#8220;Whit&#8221; Whitney and Estelle Spellman... View Obituary & Service Information

The family of Mr. Michael Patrick Spellman created this Life Tributes page to make it easy to share your memories.

Michael Patrick Spellman, a native of Birmingham, Alabama and...