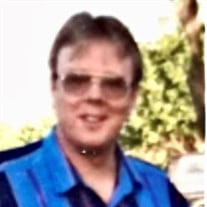 Michael Stephen Price ________________________________________ Michael Stephen Price, age 62, of Robertsdale, Alabama, formerly of Paducah, Kentucky passed away on Sunday, June 13, 2021 following recent health issues. Mike was of the Baptist faith and a former member of Twelfth Street Baptist Church of Paducah. After growing up in Paducah, he worked for over 30 years in the oil and gas industry and computer programming/information technology in Texas, Virginia and Alabama. He worked for Dell Computer, followed by a position as a professor teaching college courses in programming and IT and recently retired as a consultant for disaster relief work with the Federal Emergency Management Agency (FEMA). Mike attended college and technical school in Dallas and Austin, Texas and held numerous technical certifications and licenses in the IT/programming field. He is survived by his wife of 30 years, Sarah G Price of Robertsdale, daughter Abbie Wilson (Kenny) grandchildren Trenton, Katherine of Daphne, Alabama and son Paul Geater, of San Diego, California, granddaughter Tabitha of Oak Ridge, Tennessee. Brother, John K Price (Polly) of Paducah, Kentucky, nephew Grant K Price, niece Lauren Price Badini (Perrin) and great-niece Campbell Badini of Arlington, Virginia. He was preceded in death by his father Chester M Prickett and his mother Bobbie E Price (Prickett). Mike was a dedicated and loving husband, a wonderful father to his children, a great little brother and a beloved uncle. He will be fondly remembered as someone who always put others first and would do anything for a friend in need. His wonderful sense of humor and positive demeanor will not be forgotten. The family elected to have a private memorial service and a family gathering to honor Mike in Alabama. There will be no services held in Paducah. Final arrangements were handled at Mack Funeral Home, Robertsdale, Alabama.

The family of Mr. Michael Stephen Price created this Life Tributes page to make it easy to share your memories.