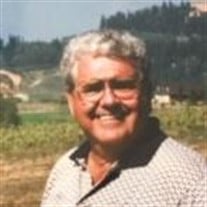 Ruggiero, John Ronald, Jr. of Northport, New York and Loxley, Alabama lost his courageous battle with cancer on February 14th at the age of 76, surrounded by family. He is survived by his wife Martha Ruggiero; his children Tracie Hales (Chris), Kimberly Jones (Caleb) and John Ruggiero III (Laura); two grandchildren (Noah and Juliana) and three step-grandchildren (Justin, Andrew and Morgan). Born and raised on Long Island, John received his bachelor’s degree in English from Stetson University and served honorably in the U.S. Army. Upon leaving the service, he met and married the love of his life, Alabamian Martha Lee. He then moved back to Long Island to work in the family masonry contracting business. For many years, he was a proud member of BAC Local Union 1 and was very active in the Good Fellows Club. John, who often described himself as having a “gut instinct” for business, began transitioning from contracting to commercial development in the 1980s. It was a keen business decision, which proved to be very successful. John enjoyed sports of all kinds, but found his passion in golf. Seeking to both find a winter golfing retreat and return his bride of 51 years to her native south, John and Martha bought a second home in Vero Beach, Florida. This allowed him easier access to his second greatest passion: Walt Disney World. They maintained their residence there until 2005, when they moved to Loxley, Alabama. Often described as intellectual, generous and kind-hearted, John’s larger-than-life personality and amazing sense of humor lit up every room – and every life – he entered. A Celebration of Life ceremony will be held on Sunday, February 17th at Mack Funeral Home in Robertsdale, Alabama at 2pm. The family will begin receiving visitors at 1pm. In lieu of flowers, please send a donation to your favorite charity.

Ruggiero, John Ronald, Jr. of Northport, New York and Loxley, Alabama lost his courageous battle with cancer on February 14th at the age of 76, surrounded by family. He is survived by his wife Martha Ruggiero; his children Tracie Hales (Chris),... View Obituary & Service Information

The family of Mr. John Ronald Ruggiero Jr created this Life Tributes page to make it easy to share your memories.