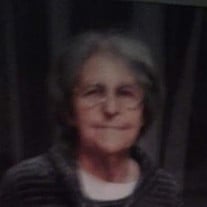 The family of Mrs. Joan A. Sanspree created this Life Tributes page to make it easy to share your memories.

Joan A. Sanspree, age 83, a native of California and a resident...