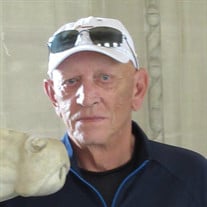 Harry Cecil Penttala aka Mr. Harry by numerous friends and nicknamed CC by his granddaughter Brooke left this world and those that loved him so deeply at the age of 84 on February 10, 2022. In keeping to his ways Harry had other places to be and things to do that were no longer in this world. Harry passed peacefully at home with his wife Bambi by his side on a Thursday which he had for years jokingly told her “I will be good ‘til Thursday”. Harry Penttala was born in the town of Girard of Trumbull County, Ohio. He was the only child of Gladys Brooks and Emil Penttala. Harry was a veteran of The US Navy as well as a graduate of Stanford University, Graduate school of Business. Dartmouth College, Tuck Graduate School of Business. Kent State University, Engineering. Youngstown State University, Business Administration. He retired after 31 years from The United States Postal Service as The Regional Postmaster General – Southern Region after holding his position for 4 years as The Assistant Postmaster General of the United States. Harry then went on to work for Lockhead Aircraft as a consultant, Bell & Howell as Vice President and General Manager as well as owning both Subway Sandwich Shop and Century 21 Real Estate franchises. Harry was a lifetime member of The Free Masons with William Farr Lodge NO.672 F & AM. For all that knew and loved Harry, there was never a moment lost. He believed in living his life to the fullest and he always did so with vigor and continual motion. HP were his initials which also stood for Horse Power, both in the sense of cars and equine adventures. Those were his two strong passions which created many friendships and family adventures. Harry was a private man, and his family meant the world to him. He lived by his mantra “Life is Good “and it was what he believed. He had high expectations for himself to continue to live life good until he no longer was able to. Many both learned from and envied his final marriage with Bambi, he was finally able to live one of the many lessons he always wished for everyone he loved - be with someone because you want to be not because you need to be. His overall strength was always something to be in awe of and it can be seen emulated in his grandchildren. Those he leaves behind will miss his incredibly genuine smile, it was a smile he did not flaunt needlessly. It was a smile that he somehow was able to say so much with without saying a word. He leaves those he loved with two jobs to do – keep living their dreams, as he had many and loved living them all and Do What you Love and Love What You Do. Harry was proceeded in death by his parents and grandparents. Harry is survived by his wife Barbara Kay (Bambi) Penttala. His daughter Marcie Jean Penttala. His son Harry Bernard Penttala and his three grandchildren Brandon McSparin, Brooke McSparin and Kaden Penttala. The family requests in leu of any memorials for everyone to live his mantra of - Life Is Good.

Harry Cecil Penttala aka Mr. Harry by numerous friends and nicknamed CC by his granddaughter Brooke left this world and those that loved him so deeply at the age of 84 on February 10, 2022. In keeping to his ways Harry had other places to be... View Obituary & Service Information

The family of Harry C. Penttala created this Life Tributes page to make it easy to share your memories.