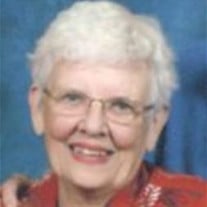 Elizabeth G. “Betty Boop” Burton left this earth in the early morning on November 7th, 2019, at the age of 90. Betty was born in Blacksburg, VA on July 24th, 1929, the fourth child of Annie Agnes (nee Pettigrew) and Col. Frank Farrier Groseclose, Sr. Due to her father’s role in the US Army, her family moved frequently, spending the World War II years at West Point, NY where he was an instructor. They eventually settled in Atlanta, GA, where her father founded the School of Industrial Engineering at the Georgia Institute of Technology. During this time she gained employment at Rich’s Department Store, where she caught the eye of a young B. Gene Burton. After a rather disastrous first date, she declared to her coworker that “she never wanted to see that man again”, but his persistence eventually wore her down, and they were married on April 2nd 1955, embarking on a life-long journey of love and devotion. Much like her upbringing, the next 40 years saw many address changes, including Knoxville, TN, Selma, AL, Tuscaloosa, AL, Montreat, NC, Marietta, GA, Valdosta, GA, Bay MInette, AL, Talladega, AL. back to Bay MInette, and finally Silverhill, where she and Gene lived until his passing in October 2018. She was an active part in her husband’s career, and was the ultimate arbiter of each of these career moves, embracing each destination as an opportunity to meet new people and involve herself in a new community (and start a new garden). During this period she raised a family, traveled extensively with relatives and friends, and indulged her seemingly limitless creativity and imagination in the arts. She was a gifted painter, working with watercolors, oils and acrylics, and a talented singer, favoring the Presbyterian church choirs of every town in which she lived with her lovely alto voice. Despite her struggles with memory issues over the last few years of her life, she always greeted each day with her beautiful smile, and radiated boundless warmth and joy to all who knew her. Boop was the flowers in her garden the sweetness in her cookies the gleam of life in her paintings she was a delight to those who met her and a treasure to the ones who loved her a painter a baker a joy maker She is preceded in death by her loving husband Gene, her parents, Agnes and Frank Groseclose, and her siblings Frank Jr, Janet and Robert. Her elder son David joined her in Heaven on November 8th, 2019. She is survived by her daughter Claudia (Duncan Brave) and her son Frank (Melissa Wenner), her daughter-in-law Charolette Burton (nee Bartush), three granddaughters and four grandsons. A memorial service is scheduled for Sunday, November 10th at the First Presbyterian Church of Bay Minette, AL, at 3pm. The family will be available for visitation for an hour prior to the service.

The family of Mrs. Elizabeth G. Burton created this Life Tributes page to make it easy to share your memories.