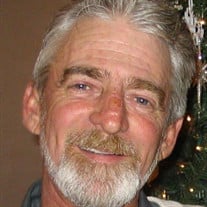 Donald “Bruce” Hadley, 69, passed away surrounded by family on Monday, February 21, 2022. Church services will be held Saturday, February 26, 2022, at Shepherd of the Bay Lutheran Church at 10:30am. His family will celebrate his legacy with a celebration of life to follow at their home. Born on October 2, 1952, in Pensacola, Florida, Bruce was the youngest child born to Alazairian Dewitt “AD” Hadley and Clarice “Evelyn” Montz Hadley. He grew up in Pensacola, Florida, graduating from Woodham High School in 1970. He went on to study engineering at Pensacola Junior College for 2 years. Bruce was a Christian and came to know the Lord around the age of 12. During this time, he joined a Christian boys group called Royal Ambassadors for Christ and was later baptized. He raised his children in a Christian home. Bruce Hadley married Loree Briese in St. Thomas, North Dakota on Valentine’s Day 1975. Bruce and Loree raised three children; Shane, Ryan and Trisha in the Dallas area. While their children were growing up, Bruce loved watching his little “champion” (Trisha) play sports and cheer, relished teaching his sons baseball and was a coach many years and loved it. He enjoyed fishing, hunting and golfing. They spent every vacation on Soldier Creek, Alabama always dreaming of moving back to the creek one day. With Bruce’s training he made a living in construction as an engineer, lead man, foreman, superintendent and was part-owner of Gorman and Associates in Dallas, Texas for 25 years. In 2003, his dream of moving to Lillian became a reality when he and his wife moved there and started Hadley Construction Specialties with his brother, Larry Hadley. He retired in December of 2020, when his health began to decline. He handed the reigns to his son, Shane Hadley, who made him very proud to continue the family business. Bruce told his family before he passed, he fulfilled all his life’s dreams. A loving wife, Loree and 3 children, Shane, Ryan and Trisha. Watching his children go on to build families of their own with loving spouses, giving him precious grandchildren and great grandchildren that he loved and enjoyed so much. Bruce and his wife celebrated their 47th wedding anniversary February 14th, 2022 and were living their dream on Soldier Creek. Their children, grandchildren and great grandchildren came to visit and enjoyed the water and fish in the creek that Bruce himself adored for over 54 years. Bruce loved being a dad and especially enjoyed being a grandpa. His family meant the world to him and was his greatest joy. Some of his greatest memories as a child were running on the beach with his family catching crabs, mullet, moonlight and sunshine. Bruce loved the water. Swimming, fishing, boating, and water skiing were his favorite past-times growing up. As the owner of Hadley Construction Specialties, Bruce developed a reputation of honor, integrity and excellent work amongst his competition and his customers alike. HCS quickly became the company you call when you have a water problem that others have tried to fix and couldn’t. He was a man that was highly respected in his industry. He was loved by all who knew him, he will be missed tremendously. Bruce was preceded in death by his parents, AD Hadley and Evelyn Montz Avera, his older brother, business partner and best friend, Larry Hadley; his father and mother-in- law Harvey and Flossy Briese; his brother-in-law, Rodney Briese. He leaves behind the love of his life, Loree Briese Hadley (Lillian, AL); two loving sons, Shane (Constance) Hadley (Mobile, AL), Ryan (Mandy) Hadley (Wylie, TX); a precious daughter, Trisha (Billy) Elkins (Homewood, AL); his dearest sweet sister, Judy (Wayne) Witterstaeter (Lillian AL); brother, Mike (Debra) Boitnott (Pensacola, FL) and sister-in-laws, Lana (Mike) Ell (Bismarck, ND), Cindy Hadley (Lillian, AL). His many blessings were his eight grandchildren; Samantha Hadley, Nicholas (Jordan) Hadley, Rosalyn Hadley, Heath Hadley, William Elkins, Hadley Elkins, Emelia Elkins and Benjamin Campbell; his two great-grandchildren, Maverick and Delta Hadley along with many loving nieces, nephews and cousins.

The family of Donald "Bruce" Hadley created this Life Tributes page to make it easy to share your memories.

Donald “Bruce” Hadley, 69, passed away surrounded by family on...