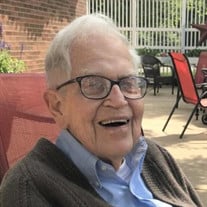 David was born in Robertsdale, Alabama, to Milton Gustafson and Agnes Pearson. He was the second of six brothers. He graduated from Robertsdale High School in 1947, Howard College (now Samford University) in Birmingham, Alabama in 1950, and Johns Hopkins University School of Medicine in Baltimore in 1954. He served as a captain in the U.S. Air Force, stationed in Alaska from 1955 to 1957. He did a medical fellowship in Sweden in 1960-61, studying gynecological cancer, and taught at the Wayne State University School of Medicine part-time from 1962 to 1966. At the Evangelical Covenant Church in Detroit, he met and married Audrey Ecklund in 1962. They lived in Detroit, Royal Oak, Birmingham and Orchard Lake and raised four children. He retired from medicine in 2002, when they moved to Holland, Michigan. They divided their time in recent years between Holland, Michigan, and Orange Beach, Alabama, close to where he grew up. David entered private practice in obstetrics and gynecology in the Detroit area in 1963. He was an early promoter of drug-free natural child-birth and getting fathers into the delivery room. He had a large and very busy obstetrical practice in Oakland County. His patients loved him, and he worked long hours to make himself available to them. In “retirement” he replaced his medical practice with managing his beach and farm properties in Alabama. David was quiet, loyal, thoughtful, and kind. He loved his family, and worked hard to keep in touch with them both near and far, from Alabama to Michigan, and his family roots in Sweden, where he traveled many times. He prized education as what freed him from his difficult childhood, and provided generously for his children, grandchildren, nieces and nephews, so that he could see them all equipped with the means to provide for themselves. He also loved his Leica camera and took thousands of pictures, rarely appearing in any himself. He loved gardening, especially his fruit trees, which kept him in constant battle with squirrels. He is survived by wife Audrey, and 4 children: Eric Gustafson (wife Linda, children Anna, John, Kirsten, Karl), Sonia Thomsen (husband Rob, children Emma, Grace, Andrew, Luke), John Peter Gustafson, and Karin Walen (husband Zach, children Tripp, Zoey), and 6 great-grandchildren. He is also survived by one of his 5 brothers, Wayne Wainwright of Loxley, Alabama. Notes of sympathy may be sent to Audrey Gustafson, 2510 Lake Michigan Drive NW, Apartment E211, Grand Rapids, MI 49504. Graveside funeral services will be held Monday, October 5, 2020 at 10:30 a.m. at the Silverhill Cemetery, Silverhill, AL.

David was born in Robertsdale, Alabama, to Milton Gustafson and Agnes Pearson. He was the second of six brothers. He graduated from Robertsdale High School in 1947, Howard College (now Samford University) in Birmingham, Alabama in 1950, and... View Obituary & Service Information

The family of David Carl Gustafson M.D. created this Life Tributes page to make it easy to share your memories.

David was born in Robertsdale, Alabama, to Milton Gustafson and...