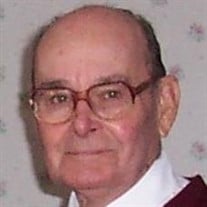 Charles Frank Vasut, Sr. January 31, 1927 – December 2, 2019 – Charles was born in Robertsdale, AL, where he lived on the farm with his parents, Frank and Ludmila Vasut, and sisters, Helen and Emily. He was preceded in death by his wife of 67 years, Betty Keller Vasut. He is survived by his sister, Emily Nelson, also of Robertsdale; his children, Vickie Vasut Linne (Richard), Robin Vasut Cillo (Nick), Teresa Vasut Ramey (Jody), Denise Vasut, Charles Vasut, Jr. (Laura Clinton), 13 grandchildren and 9 great grandchildren. After graduation from Robertsdale High School in 1944, Charles worked at Brookley Air Field and later at Matthews Furniture Store of Bay Minette and Robertsdale. While employed with Matthews Furniture Store, he met Betty Keller and they married on July 22, 1951. He developed an interest in electronics as a youngster, so he later combined his hobby and his professional life as a self-employed electronics repairman. He owned and operated Charlie’s Radio and TV Service in Robertsdale. (If you owned a television in Baldwin County between 1960 and 1995, he probably repaired it.) He served as a deacon at First Baptist Silverhill, Bethel Baptist and First Baptist Robertsdale and was a member of the Robertsdale Rotary Club for much of his professional life. For more than sixty years he was an amateur radio operator. He was a long time member of the South Baldwin Amateur Radio Club and the Military Auxiliary Radio System (MARS). Through his radio contacts he met people from all over the world and developed many long lasting friendships. He was also an avid photographer. After raising their five children, he and Betty eventually retired and had time to travel. They made numerous RV road trips in and around the state of Alabama, allowing Charles to indulge his love of fishing. In addition, they visited most of the continental United States, Alaska, Hawaii, Venezuela, many of the Caribbean Islands, England, the Netherlands, France, and Mexico. He was able to visit the Czech Republic and the original homes of his immigrant parents. He visited the top of the Eiffel Tower, Notre Dame Cathedral, Windsor Castle, stood in the crater of a volcano, cruised through the Panama Canal and drove the English Chunnel. He saw the world from high in an airliner and deep in the Pacific in a submarine. He lived a full and happy life surrounded by his family who will always love him. He will be missed, but his family celebrates in the knowledge that he leaves this world to live in Paradise. Visitation will be held Saturday, December 7, 2019, at First Baptist Robertsdale,10:00 a.m. followed by services at 11:00 a.m. Burial will follow at the Silverhill Cemetery. Arrangements by Mack Funeral Home, HWY 59, Robertsdale, AL.

The family of Mr. Charles Frank Vasut Sr. created this Life Tributes page to make it easy to share your memories.