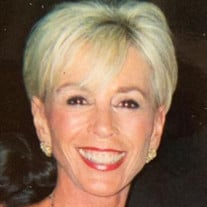 Candice Hayes Snedeker passed away peacefully on October 2, 2020 after living a full and blessed life. She was born December 13, 1946 in Jonesboro, Arkansas. A doppelganger for Shirley Temple, she grew up in the metropolis of Thayer, Missouri.... View Obituary & Service Information

The family of Mrs. Candice Hayes Snedeker created this Life Tributes page to make it easy to share your memories.