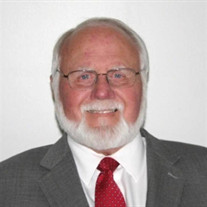 Mayor Billy J. Middleton, age 78, passed away peacefully in his Loxley, AL home on Friday, May 17, 2019. Mayor Middleton was proud to have served his country as a member of the United Sates Marine Corps. In 1988 Mr. Middleton was elected Mayor of the Town of Loxley and served in that capacity for over 30 years. He was a member of the Loxley Church of God, volunteering in various capacities during his lifetime. The Loxley Optimist Club was founded in 1980 with Mr. Middleton acting as Charter President. He was later elected to a second term as President and for many years served as Treasurer of the Club. In 1988 Mr. Middleton was elected Governor of the Alabama/Mississippi District of Optimist International, and also served multiple terms as Lieutenant Governor of District 29 Zone 6 of the organization. Mayor Middleton’s legacy was built on his countless hours volunteering in his community. Although he never sought recognition, he was honored as Central Baldwin Chamber of Commerce Man of the Year in 1992. Billy’s greatest joy was his family. Mayor Middleton was preceded in death by his parents, Edward D. and Susie Middleton, and sister, Bertha Sinclair. He is survived by his wife, Lilly Middleton of Loxley, AL; three sons, Jeff Middleton and Brian Middleton both of Loxley, AL and Gavin Middleton (Jenna) of Panama City, FL; two sisters, Mildred Taylor of Daphne, AL and Jeanette Katsinas of Columbus, GA; one brother, J.W. “Pete” Middleton (Nell) of Loxley, AL; was Papa to three grandchildren, Presley, Bryson and Haddie; and by the citizens of the Town of Loxley. Funeral services will be held Friday, May 24, 2019 at 10:00 a.m. at Loxley Church of God with burial in Greenwood Cemetery in Loxley. A visitation will be held Thursday, May 23, 2019 from 6 p.m. until 8 p.m. at Loxley Church of God and on Friday one hour prior to the service at the Church. In lieu of flowers memorials may be made to the Billy Middleton Scholarship Fund c/o The Rewards Foundation P.O. Box 56 Loxley, AL 36551 or to the Loxley Church of God P.O. Box 499 Loxley, AL 36551. Funeral arrangements are by Mack Funeral Home & Crematory, Hwy 59 Robertsdale, AL.

Mayor Billy J. Middleton, age 78, passed away peacefully in his Loxley, AL home on Friday, May 17, 2019. Mayor Middleton was proud to have served his country as a member of the United Sates Marine Corps. In 1988 Mr. Middleton was elected Mayor... View Obituary & Service Information

The family of Mayor Billy J. Middleton created this Life Tributes page to make it easy to share your memories.

Mayor Billy J. Middleton, age 78, passed away peacefully in his...