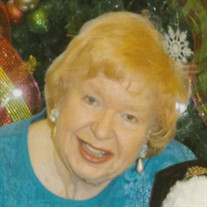 Alvis (Thelma) Schenk Allinder, age 92, born April 18, 1927 in Bessemer, Alabama to Alfred A. and Mary E. Conner Schenk, passed away Sunday, September 15, 2019. Mrs. Allinder grew in in a Christian missionary home. She graduated from Hueytown High School, Hueytown, Alabama and attended Boe Jones University. In September 24, 1966 she married TJ Allinder. He passed away due to cancer August 3, 1994. For 35 years she worked with intermediate girls, taught training union to young people, and worked with young people on Wednesday nights. Mrs. Allinder was employed with South Central Bell for 40 ½ years and while working there, she had several jobs within the company. Her favorite was in building engineering drawing plot plans. She retired in 1989. In 1991 moved to Elsanor, Alabama and bought a home next her brother, Conner Schenk. She became a member of the Bethel Baptist Church and served as Sunday School Superintendent for 3 ½ years. Mrs. Allinder worked with children’s church and vacation Bible school for a number of years. For 20 years or more she worked with the senior adults (Young at Heart) having monthly programs with planned activities of going out to eat, entertainment from special guests and planning many events for the church. After TJ’s death in 1994, Alvis sold their homes in Hueytown and Elsanor and built on the Lake at Glenn Lakes Golf Course. She joined the Christian Women’s group in Foley where she became very involved in volunteering her talents by table decorating and making sure each had name tags at each meeting. Alvis served over 15 years there with the ladies. In November 2014, after her heart surgery, she moved to Live Oak Assisting Living. She continued to use her talents there. She loved proclaiming the gospel by sharing her “Gospel Bears”. At one time Alvis had over 400 stuffed bears as she loved sharing the gospel message in other churches and to children through vacation Bible school with her bear ministry. Mrs. Allinder is preceded in death by her parents, brother and her husband. Funeral services will be held Wednesday, September 18, 2019 at 10:00 a.m. at the Bethel Baptist Church, Robertsdale, AL with Rev. Earl Lee officiating. Interment will be in the Bethel Baptist Cemetery, Robertsdale, AL. In lieu of flowers memorials may be made to the Bethel Baptist Church, P. O. Box 908, Robertsdale, AL 36567 .

The family of Mrs. Alvis S. Allinder created this Life Tributes page to make it easy to share your memories.